Menu
Your Cart
This is Peak Organics, a UK leading brand for Quality, Lab Tested CBD products and support.

Psychosis is a medical umbrella term used to describe beliefs that are not necessarily real – often characterised by hallucinations, delusions and a disturbed relationship with reality. It can cause considerable distress and disability for the person affected, as well as their family or carers.

Whether you’ve been diagnosed with schizophrenia, bipolar disorder or psychotic depression, you’ll often be prescribed antipsychotic medication. However, increasingly more people are turning to cannabidiol (CBD) for its potential to reduce drug-induced psychotic symptoms.

If you’ve been toying with the idea of using CBD oil for psychosis, you’re in the right place.

Here at Peak Organics, we provide only the highest-quality CBD products at the most competitive prices. All our CBD oils are manufactured from natural ingredients and we ensure every batch is lab-tested twice to guarantee it is safe, legal and effective.

How does CBD oil help with psychosis?

Traditionally, antipsychotics targeted the release of certain neurotransmitters in the brain – particularly noradrenaline, acetylcholine, serotonin and dopamine. Such medications bind to the dopamine receptors and reduce the production of dopamine, which is believed to cause psychotic symptoms in the first instance.

Although more research is needed to verify the effectiveness of using CBD oil for psychosis, initial clinical trials suggest that CBD oil is generally safe and well-tolerated by most people.

It’s considered to have antipsychotic effects in patients suffering from psychosis, without directly affecting the dopamine receptors.

Taking CBD oil for psychosis is also said to improve functioning and cognitive abilities, which ultimately has a positive impact on the patient’s illness and quality of life.

The best way to take CBD oil for psychosis

If you suffer from psychosis and you’re already taking medication, it’s vital that you speak with your doctor before you start using CBD oil. This is because, some medications may interact with CBD – slowing down the rate at which your body breaks down the medication and leading to serious side effects.

Where possible, you want to opt for a CBD product that contains zero tetrahydrocannabinol (THC), or trace amounts only. THC could potentially worsen psychosis symptoms, which is why you should consider an isolate or broad-spectrum product.

It’s also crucial to consult a medical professional, as they’ll be able to advise you on how much CBD oil you’ll need to reduce your symptoms effectively.

Bear in mind, it may take a while to notice significant improvements. However, when using CBD oil for psychosis, be patient and gradually increase or decrease your dose (as per your doctor’s instructions) to find what works best for you.

Got a question about using CBD oil for psychosis? Not sure if you could benefit from this natural remedy? The friendly team at Peak Organics is always on hand to help and will be more than happy to offer advice. 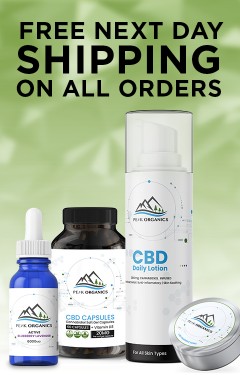 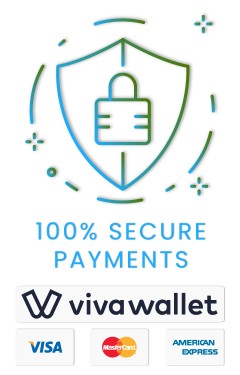